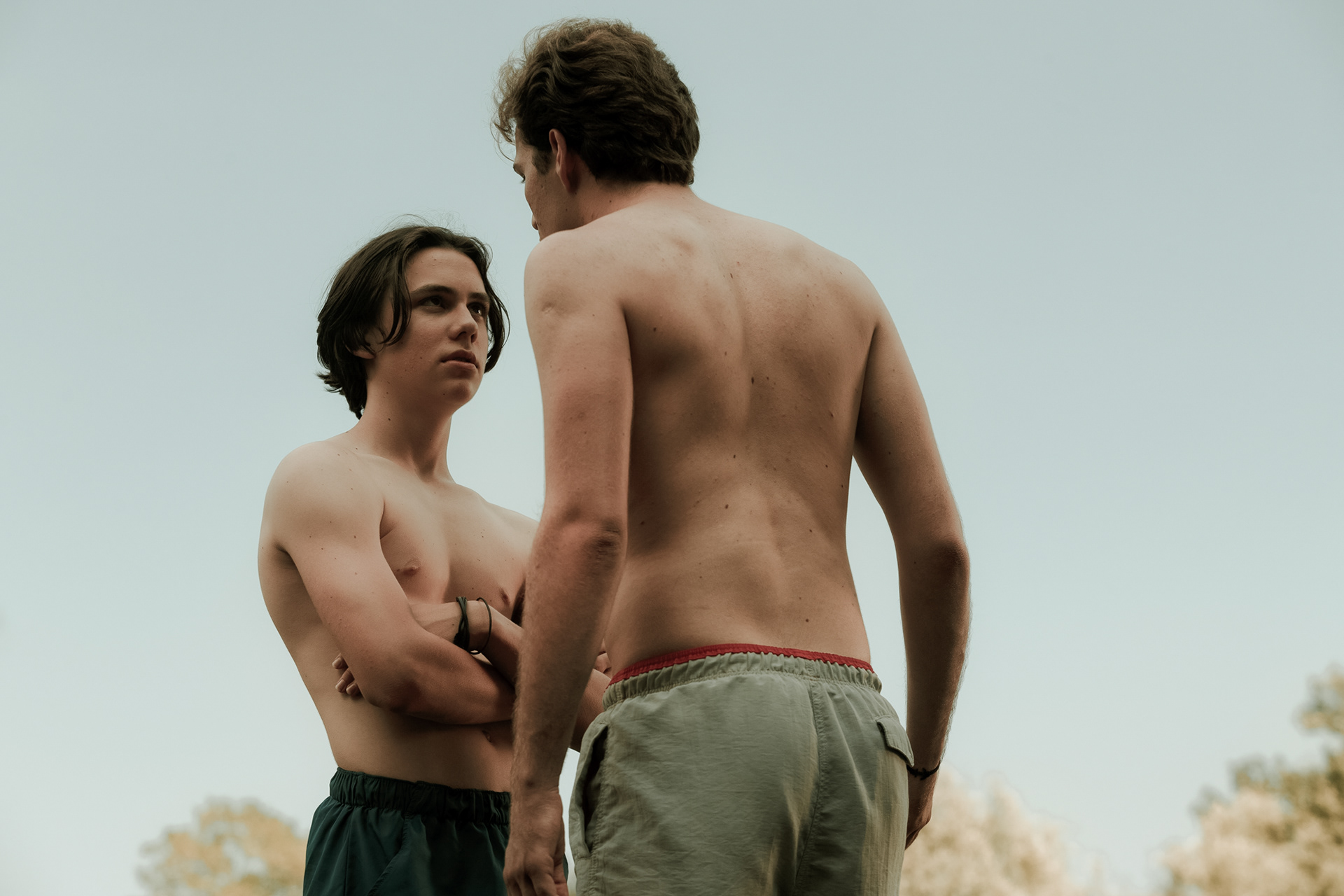 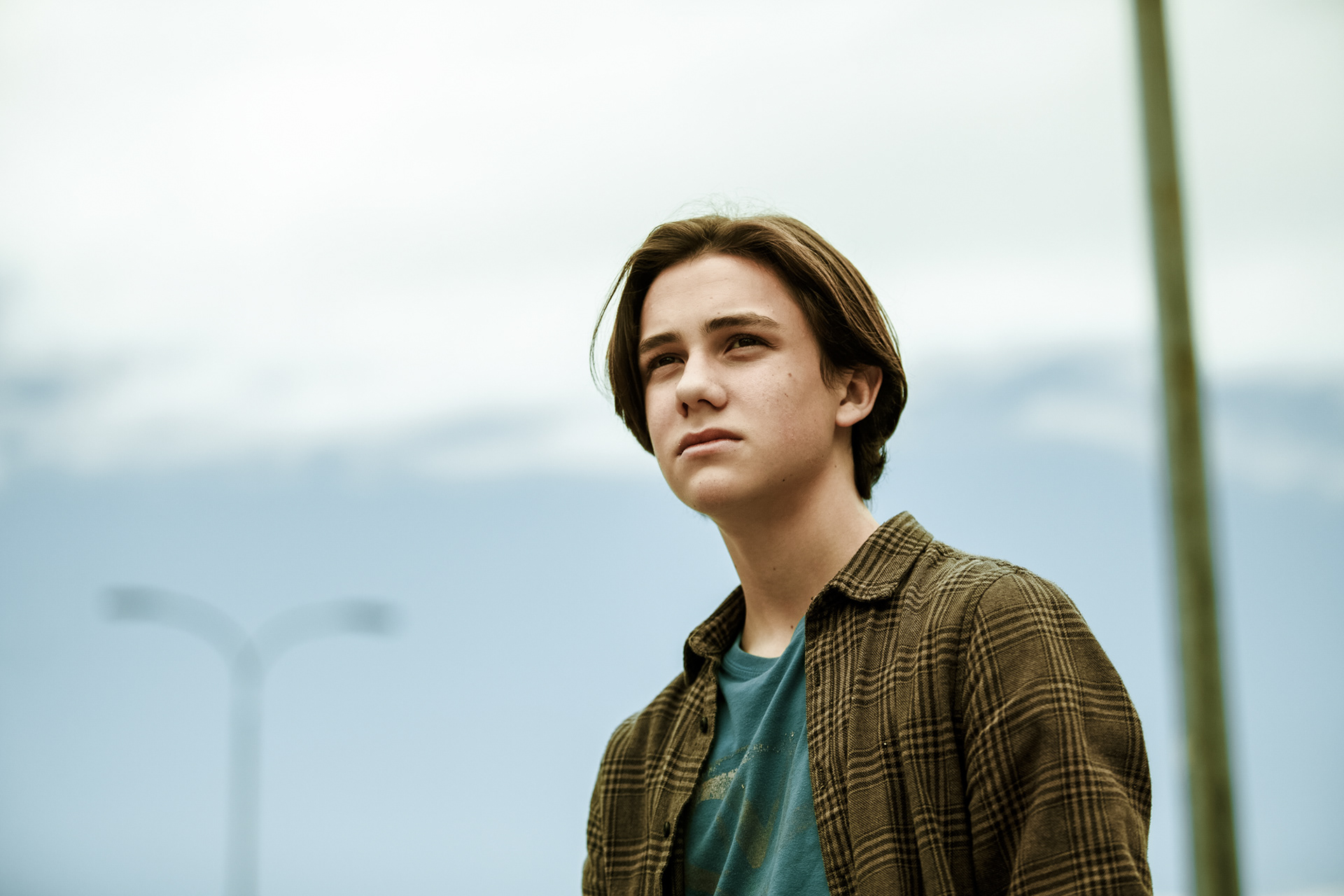 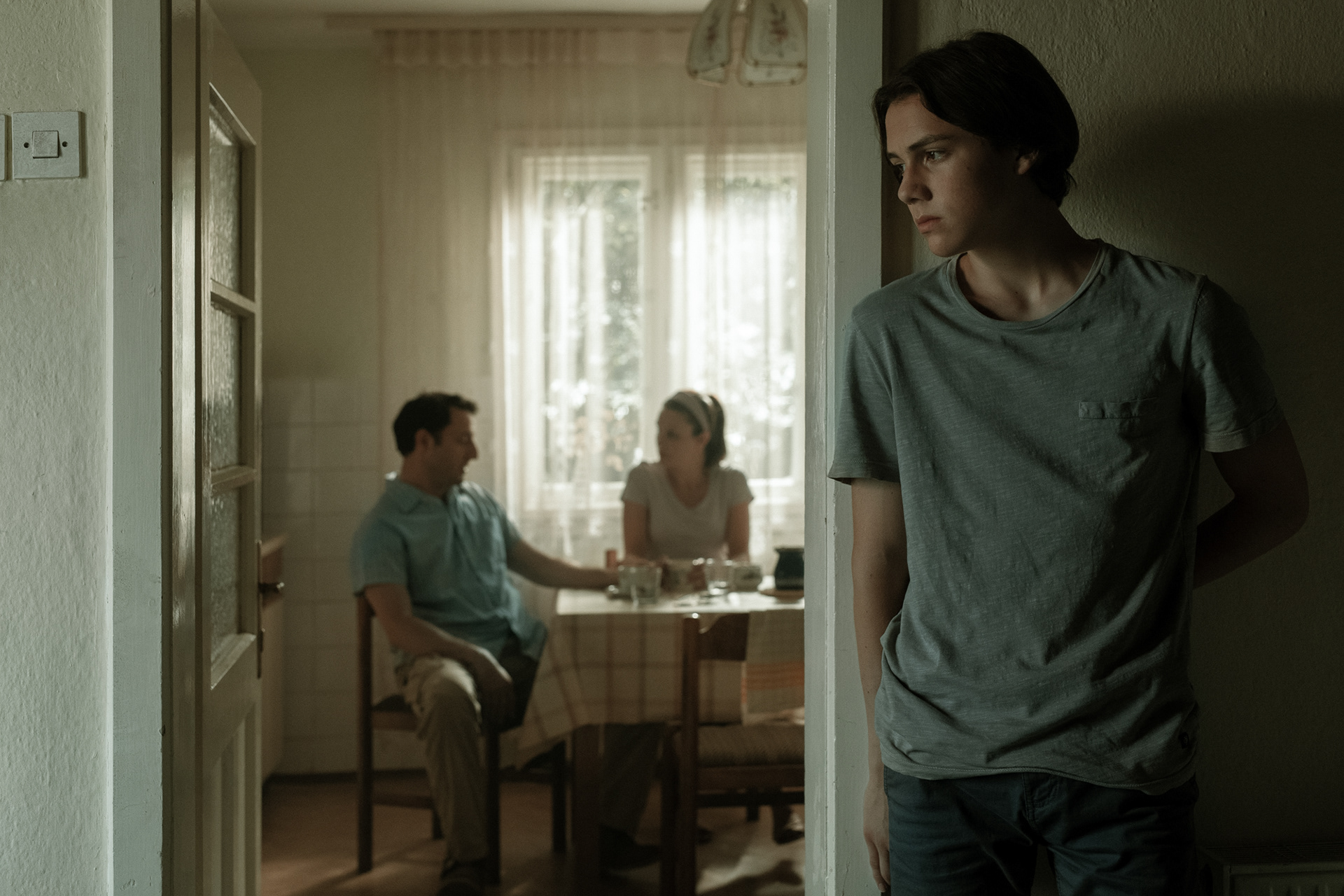 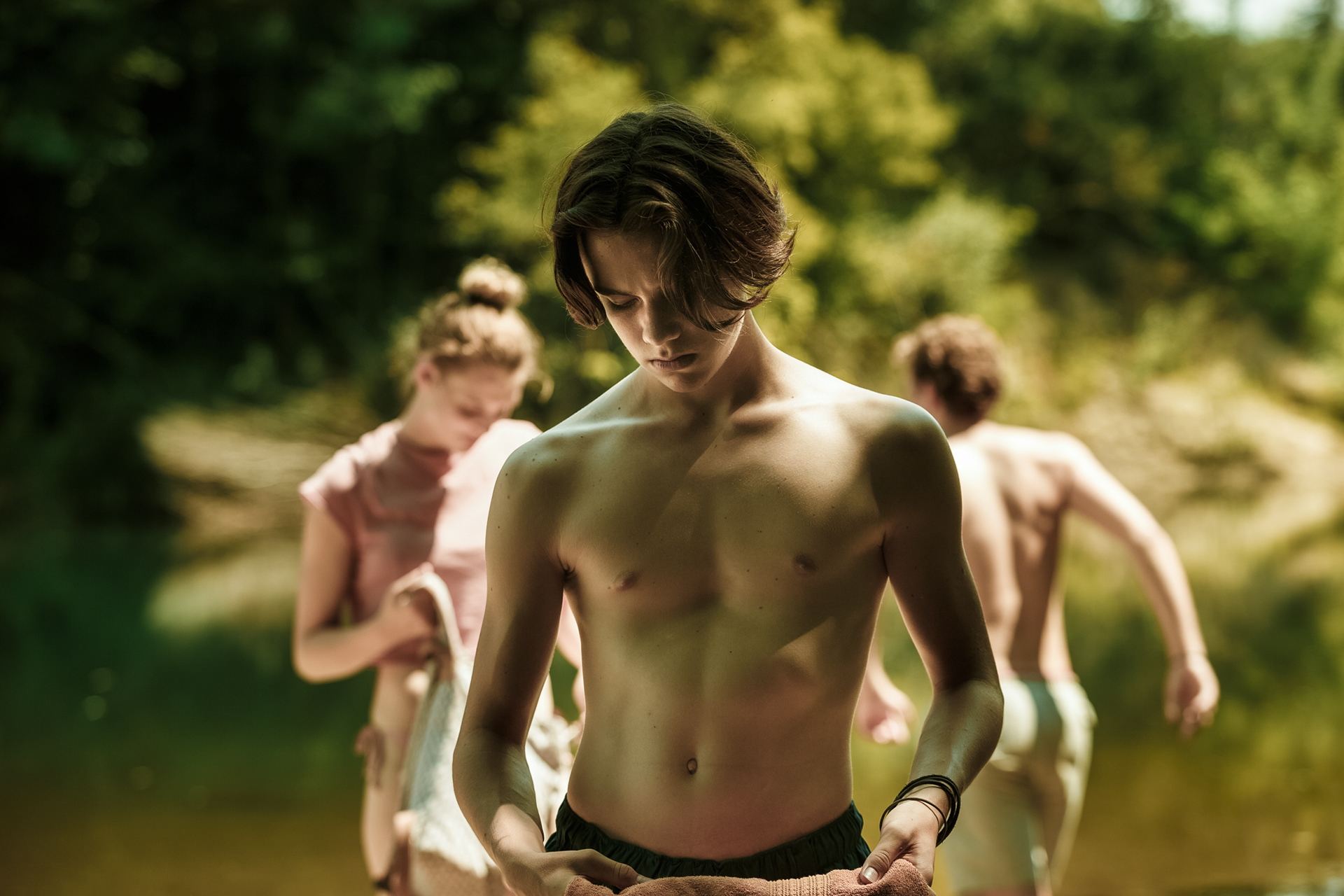 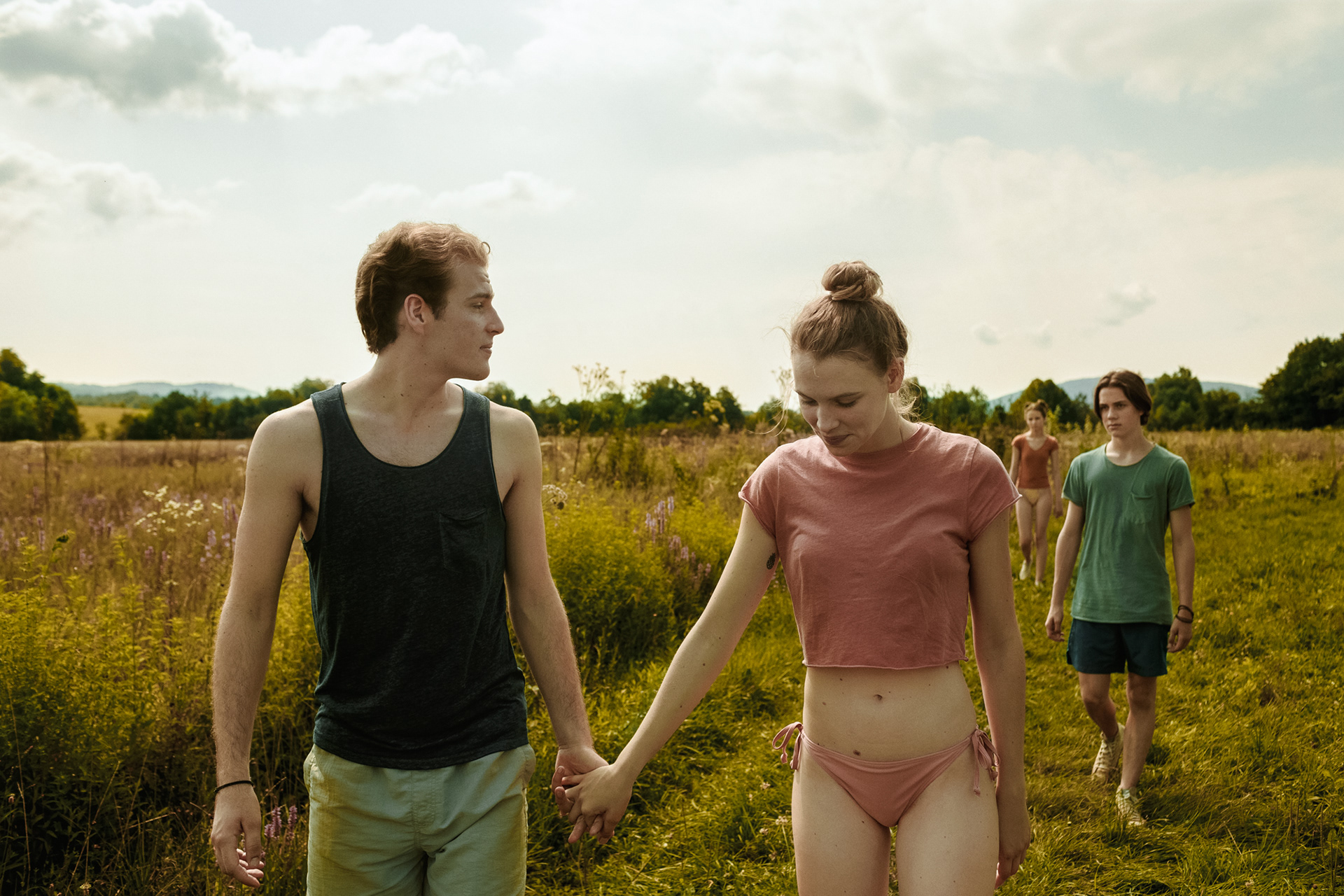 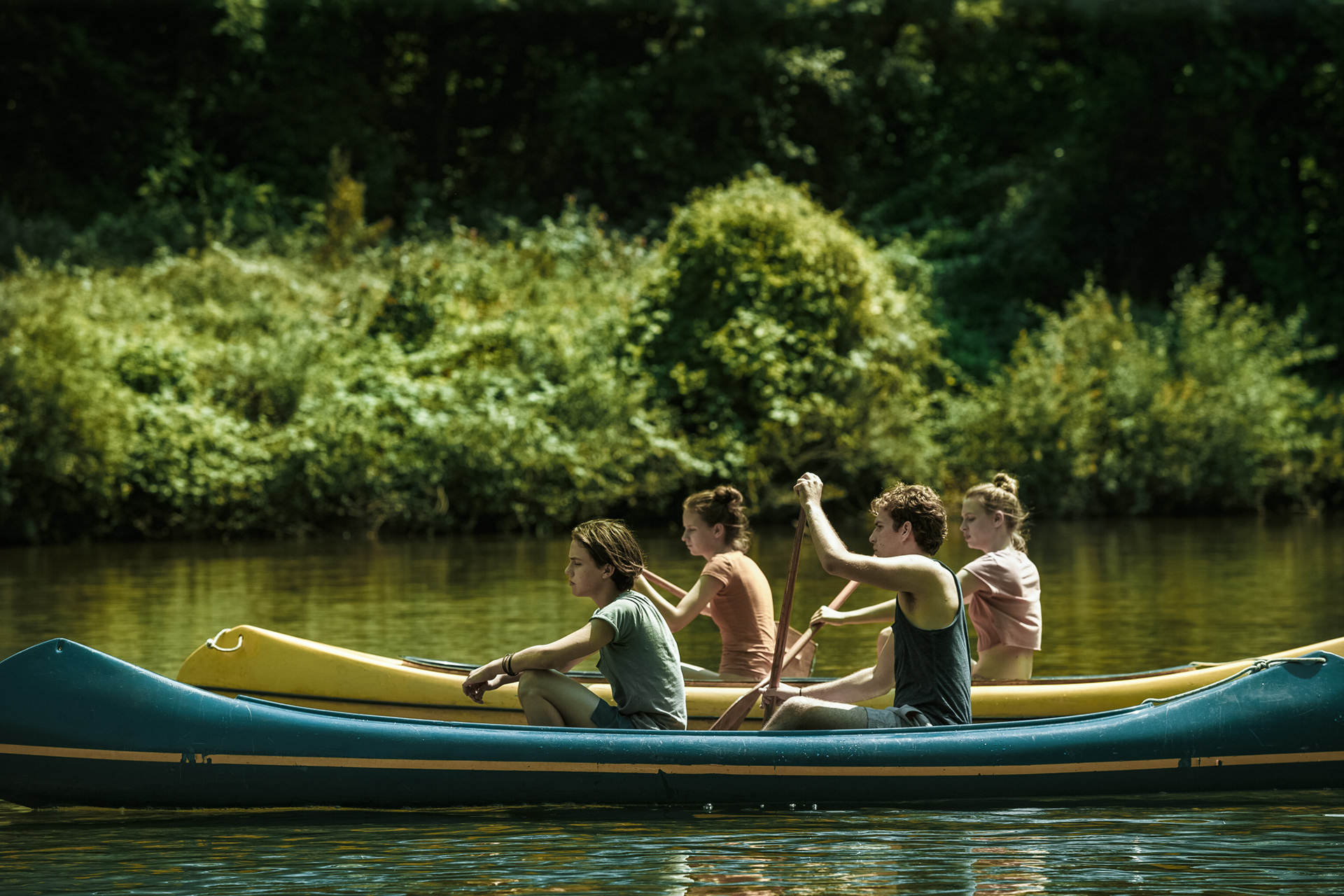 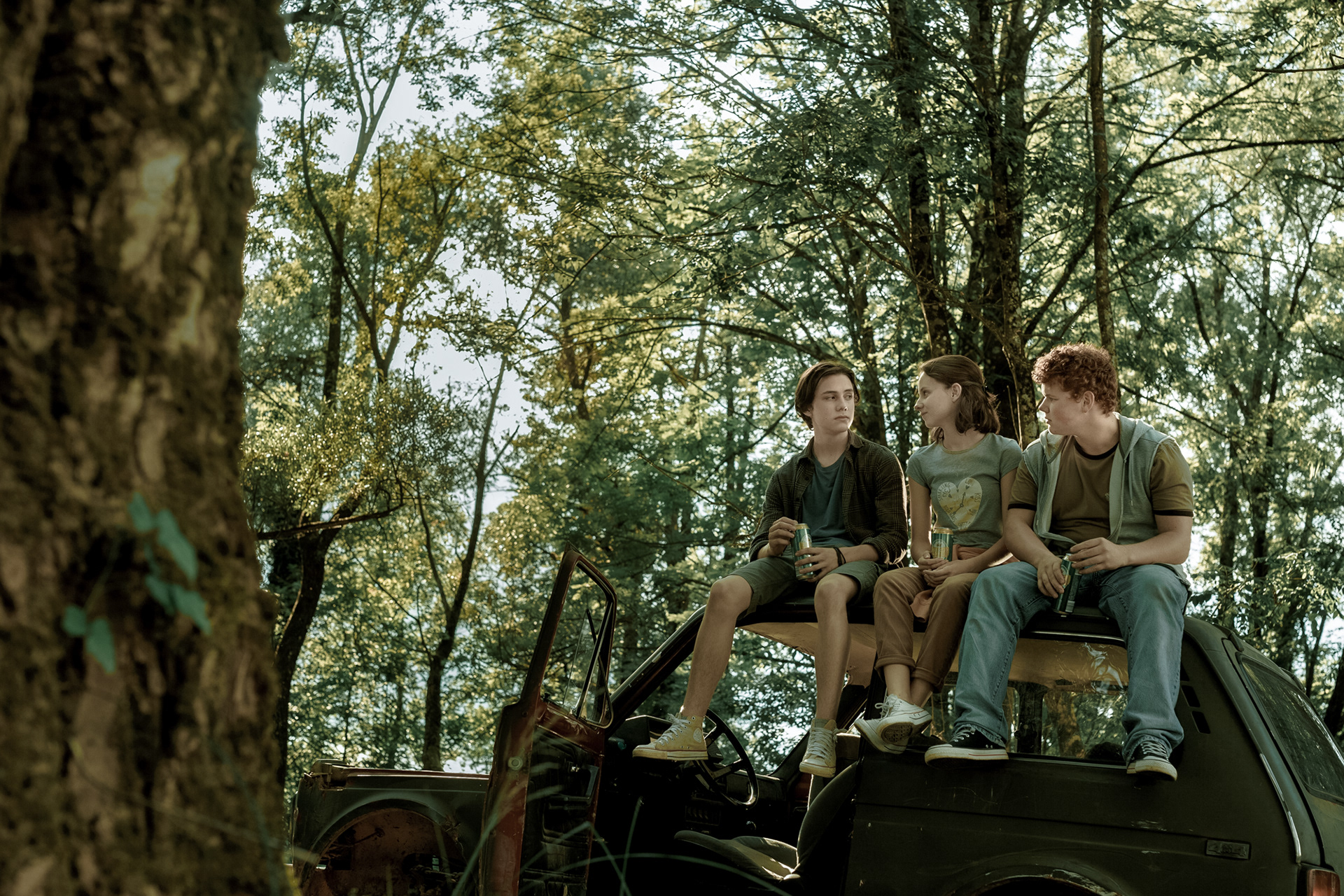 Press:
“In Don’t Forget to Breathe we observe the “great awakening” of the main protagonist, unfurling through his rite of passage in a key period of human maturing, against the backdrop of a hot summer in blossoming nature. Summer in the province is here essential for the narrative: here, the season isn’t just playing the part of a mere scenic adornment but is also a powerful participant; not just an actor but a supreme demiurge, a force majeure that – as if in Greek drama – tosses its helpless heroes into a chaotic world, setting them before tribulations whose outcomes can’t be predicted, and whose consequences will only emerge as the wheel of time makes its turn. Only one thing is certain – this is the one, unforgettable summer that will forever shape their lives.”  Matic Majcen, Film critic
“…This is why Don’t Forget to Breathe is a film that will most deeply affect those who are themselves immersed in the whirlwinds of incomprehensible overwhelming longings, disappointments, hopes … who know, feel and believe they are at once nothing and everything, no one and someone … alongside all those who’ve already stepped over the thresholds of their own futures yet still carry within a living, tangible memory of vulnerable youth. Finally, it will also be appreciated by those who perhaps ” in haste of our daily lives forgot already all those formative feelings that have shaped our personalities decisively”, as the author personally puts it. It may be perceived as a reminder that each new generation is shaped its own way, though perpetually on the foundations of the common human condition, the universal struggle with the terrifyingly mysterious depths of man’s spirit and incomprehensible universe.”  Andrej Šprah, Film theoretician
“Don’t Forget to Breathe, the third feature film by the Slovenian director Martin Turk, is a precious cinematographic gem, one of the films we shall find hard to forget. /…/ Turk’s sophisticated outlook, the touching and sensuous music by Teh0 Teardo, and Radislav Jovanov’s magnificent photography spin in a melancholic dance which shows us Klemen and his fellow travellers who give us the impression that they do not notice Klemen’s extreme anguish caused by the change he is going through.” Silvia Fabbri – Movie Trainer https://www.movietrainer.com/recensioni/dont-forget-to-breathe-splendido-e-intimo-gioiello-cinematografico-di-martin-turk
“Martin Turk has managed to translate the screenplay into a visually convincing film. With it, he returns to his childhood places and at the same time creates some sort of a visual poetry which helps him remember the sounds, sunrays and summer heat of the time.” Gianluca Vignola – Sentieri selvaggi https://www.sentieriselvaggi.it/romaff14-dont-forget-to-breathe-di-martin-turk/
“If watching the film brings you in mind of Luca Guadagnino’s Call Me by Your Name, it will be because of Martin Turk’s direction; his elegance and grace helps him present the story of a hot summer, first loves and pains. The magnificent and unpolluted Slovenian countryside, the setting of the story where we get to know the hero of the film intimately, is even more beautiful because of the evocative photography by Radislav Jovanov.” Roberto Puntato – Zerkalo Spettacolo https://www.zerkalospettacolo.com/dont-forget-to-breathe-martin-turk-racconta-la-vulnerabilita-inquieta-delladolescenza/
“The young heroes are portrayed by Matija Valant, Tine Ugrin and Klara Kuk, three new faces in the cinematic world, who are very successful at impersonating all the anxieties and joys brought along by young people’s discovery of life.” Alessia Marvuglia – Spettacolo https://www.spettacolo.eu/romaff14-dont-forget-to-breathe-recensione/
“Martin Turk has directed a miniature cinematographic gem.” Sofia Peroni – Parole a colori
http://paroleacolori.com/dont-forget-to-breathe-un-film-intimo-e-delicato-sul-primo-amore/
“With his film Don’t Forget to Breathe, Martin Turk reaches into the densely populated genre territory, and by directing it he has created one of the most outstanding recent Slovenian films.” Matic Majcen – Večer https://www.vecer.com/poletje-z-drugacnimi-ocmi-10135413
“While most films and other art creations for young people try to grab their supposedly limited attention span by quick tempo and uninterrupted action, the film Don’t Forget to Breathe is a refreshing contrast, allowing the hero to have an introspective look into the light that penetrates a spring leaf, letting the viewers feel the moral and emotional whirls that are affecting the hero.” Igor Harb – Vikend
“A special role, equal to that of the fantastic actors, particularly young Matija Valant, in Martin Turk’s film is the setting, the gentle and vast milieu of Bela Krajina, where every cloud, river or murmuring tree present an almost literal portrait of Klemen’s strong emotions, allowing them the necessary time to mature and die way.” Gaja Pöschl – Channel 3 of Radio Slovenija – Ars https://www.rtvslo.si/kultura/gledamo/ne-pozabi-dihati/515177
“Don’t Forget to Breathe is Turk’s sincerest and most mature feature film which makes us remember all the similar adolescence portraits of our summers spent with films.” Tina Lesničar – Delo https://www.delo.si/kultura/ocene/ocenjujemo-ne-pozabi-dihati-280432.html
Festivals:
17. ALICE NELLA CITTA (competition), Rome (Italy), 17.-27.10.20189 – World premiere
17. ZAGREB FILM FESTIVAL (competition program PLUS), Zagreb (Croatia), 7.-17.11.2019
19th BRUSSELS MEDITERRANEAN FILM FESTIVAL – Cinémamed (competition program), Brussels (Belgium), 29.11. – 7.12.2019
67th PULA FILM FESTIVAL, Pula (Croatia), 18. – 26.7.2020
Feature film
Original title: Ne pozabi dihati
Official site
Length: 98 min.
Format: DCP, color
Ratio: 1:1,66
Speed: 25fps
Sound: 5.1
Language: Slovenian
Year of production: 2019

Doberdob - A Novel By A Rebel

The Excursion
↑Back to Top